Bat Out Of Hell - The Musical

05julalldayBat Out Of Hell - The Musical

Set for the Blackpool Opera House for one week only from Tuesday 5th July 2022. Tickets on sale now! Directed from electrifying audiences in London, Toronto, Germany and New York, Jim

Set for the Blackpool Opera House for one week only from Tuesday 5th July 2022. Tickets on sale now!

For the stage musical, the legendary and award-winning Jim Steinman incorporated iconic songs from the Bat Out of Hell albums, including You Took the Words Right Out of My Mouth, Bat Out of Hell, I Would Do Anything for Love (But I Won’t Do That) and Two Out Of Three Ain’t Bad, as well as two previously unreleased songs, What Part of My Body Hurts the Most and Not Allowed to Love.

The producers of the UK & Ireland Tour of Bat Out of Hell – The Musical, featuring Jim Steinman and Meat Loaf’s greatest hits, are delighted to announce the return of Glenn Adamson (American Idiot) as Strat, Martha Kirby (Grease, Rags the Musical) as Raven and original leading cast members Rob Fowler (Mamma Mia!, Bat Out of Hell) as Falco and Sharon Sexton (Mamma Mia!, Bat Out of Hell) as Sloane, plus Killian Thomas Lefevre as Tink, Joelle Moses as Zahara, James Chisholm as Jagwire, Kellie Gnauck as Valkyrie, and Danny Whelan as Ledoux 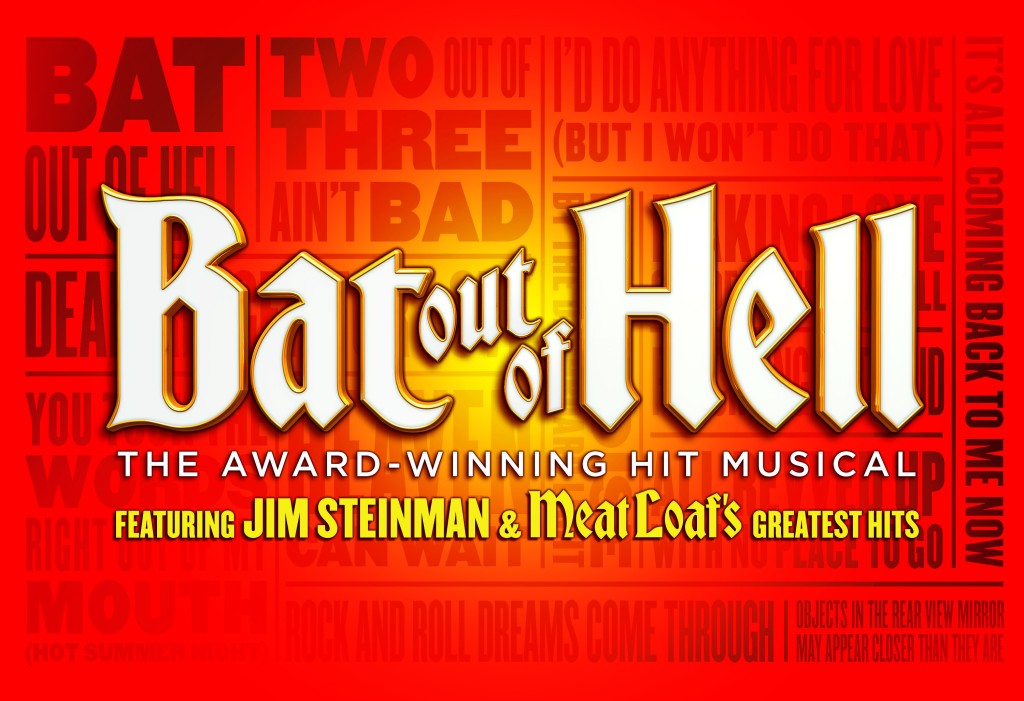