He’s finally back! This October, Derren Brown, the popular multi-award winning master of mind control and illusion, will bring SHOWMAN, his first new live show for six years to the

Not suitable for under 12’s

Derren’s live shows have won him two prestigious Olivier Awards – for Something Wicked This Way Comes (2006) and Svengali (2012) and he has received more Olivier nominations and wins than any other one-man show in theatre history. He has played to sold-out houses across the country every year since 2003 to over 1.6M people. Previous shows, Infamous, (2013, 2014), Miracle (2015, 2016) and Underground (2017, 2018) have also enjoyed critically acclaimed seasons in London’s West End. In 2017 he made an award-winning US stage debut at the Atlantic Theater in New York with Derren Brown: Secret, which subsequently enjoyed a sell-out run at Broadway’s Cort Theatre. 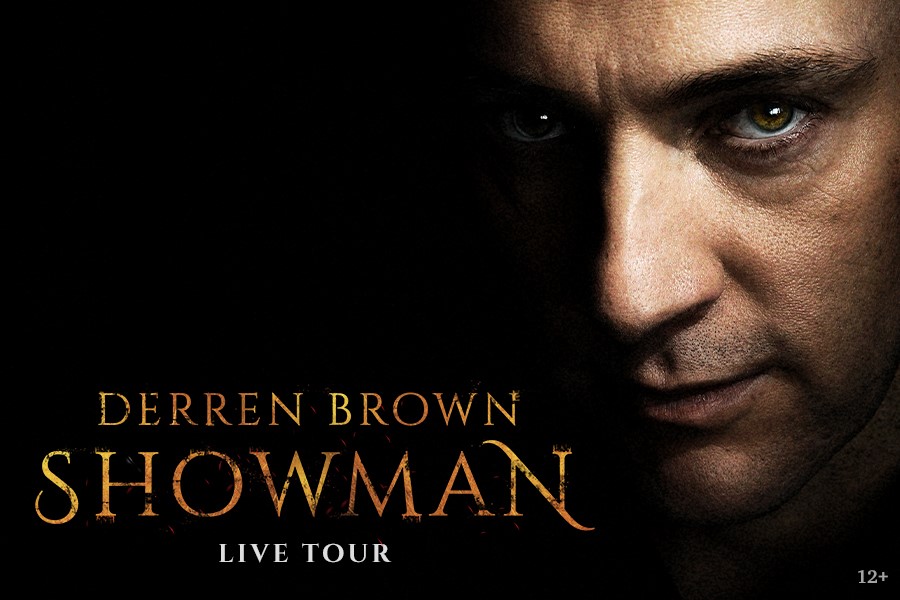