British music icon Paul Weller will headline the final night of Lytham Festival 2022. As frontman of The Jam, the man behind The

British music icon Paul Weller will headline the final night of Lytham Festival 2022. As frontman of The Jam, the man behind The Style Council and a hugely successful solo artist, Weller is without doubt one of the UK’s most prolific and well-respected music artists.
And he is now heading to Lytham Festival on Sunday July 10 where he will be joined by indie legends The Charlatans, indie pop band Lottery Winners and rising Welsh soul singer Nia Wyn.
Festival director Peter Taylor said: “Paul Weller is a brilliant final headline announcement for Lytham Festival 2022. He is undoubtably one of the kings of the British music scene having written some of the most cherished songs of the last 50 years while influencing generations of musicians.
“We are delighted to have such an iconic British musician headlining what will be the final night of our biggest ever Lytham Festival and we now look forward to kicking everything off on Tuesday June 28.
“This Lytham Festival has been a long time coming. We have not been on our beloved Lytham Green for three years so it’s now time to make this a festival to remember as we all come together to enjoy 10 nights packed with amazing live music.”
Few artists have had as great an influence on the British music scene as Paul Weller. As frontman of The Jam, he spearheaded the Mod revival in the late ’70s and early ’80s, scoring a string of hits before forming The Style Council and then embarking on a stellar solo career.
The last two years have seen an incredible creative output from Weller, releasing no fewer than three new studio albums – all to widespread acclaim.
Weller’s live shows are the stuff of legend, mixing his unstoppable brand of high adrenaline rock with beautiful acoustic moments and Lytham Festival will be treated to an incredible evening from an artist who possesses one of music’s most brilliant and diverse catalogues that remains ever relevant.
Supporting Weller at Lytham will be The Charlatans, Lottery Winners and Nia Wyn. A career spanning more than 30 years has seen rock band and indie legends The Charlatans enjoy 13 successful studio albums with three hitting the UK Number One spot. Lottery Winners are no strangers to Lytham Festival having first performed on Stage Too back in 2016 but 2022 marks a first outing on the main Lytham Green stage for the indie pop outfit from Greater Manchester. And Nia Wyn is a rising Welsh star who will bring a soulful set to open the night. 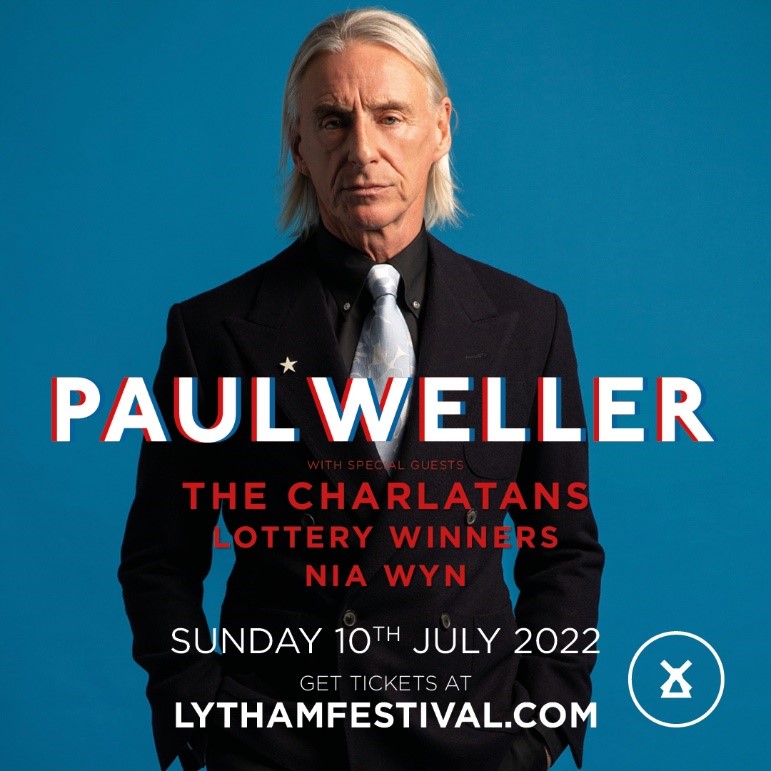