The area is steeped in colourful history – find out about the Clifton family and there’s many places you can visit which have an interesting heritage that’s definitely worth exploring. In the Autumn, the Heritage Open Day programme gives you the opportunity to explore behind the scenes. 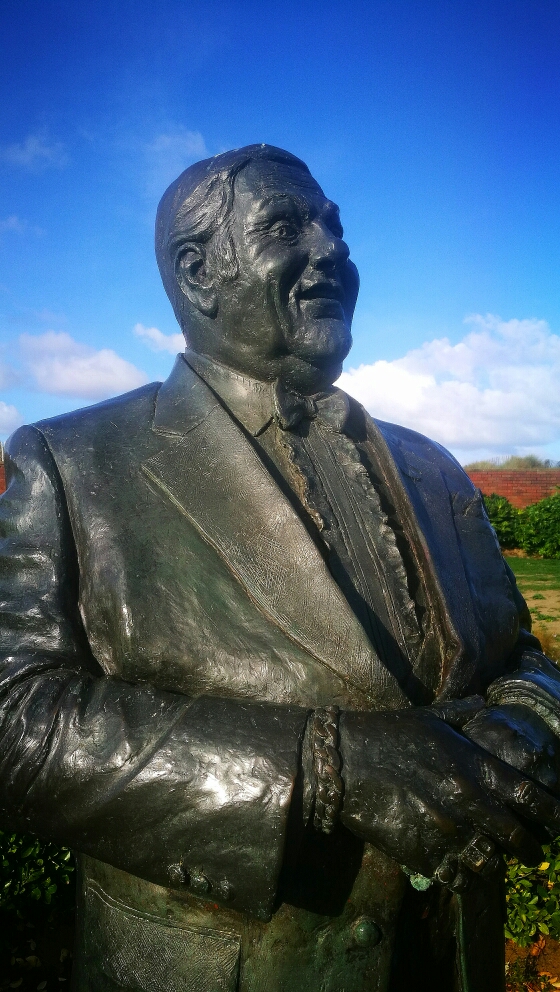 Famous for his mother in law jokes, Les Dawson lived in the area and enjoyed the view out from Granny’s Bay in Fairhaven. These days you’ll find a statue of Les in the Peace and Happiness Garden adjacent to St Anne’s Pier. Famous entertainer George Formby also had a house in the area where lived until his death aged 56 in 1961 and you’ll find a blue plaque outside his former residence named Beryldene after his wife at 199 Clifton Drive, between Fairhaven Lake and St Annes. There’s many singers, musicians and famous broadcasters who hail from St Annes and Lytham, or who have strong connections with the area, including Amanda Barrie, Jenny Éclair, Roy Walker, the late Bobby Ball and Josef Locke – you will find some images of some famous faces associated with the area in the Peace and Happiness Garden.

There is also a fund raising campaign underway to raise money for a statue to go into the Lowther Gardens, Lytham of the late Bobby Ball who was a very popular Lytham resident. To donate towards the Bobby Ball statue, click HERE. 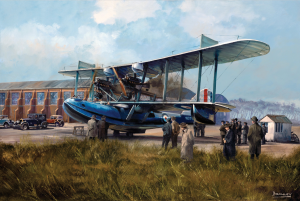 Warton Aerodrome located between Lytham and Freckleton had an important role during World War Two and acted as a staging post for the United States Army Air Forces (USAAF) where thousands of aircraft were processed on their way to Britain, mainland Europe, North Africa and the Mediterranean. On 23rd August 1944, the accidental crash of a B-24 Liberator heavy bomber caused the Freckleton Air disaster when it crashed into the Holy Trinity Church of England School, demolishing three houses and a snack bar, killing 61 people including 38 children. There is a memorial in the village churchyard and a marker placed at the actual site. These days, you’ll hear the sound of the Typhoon aircraft which is assembled on the site by BAE Systems. From 1917, unique aircraft that could land on water, known as flying boats, were manufactured and flight tested in Lytham. They were built by Dick, Ker Co., a predecessor company of BAE Systems. 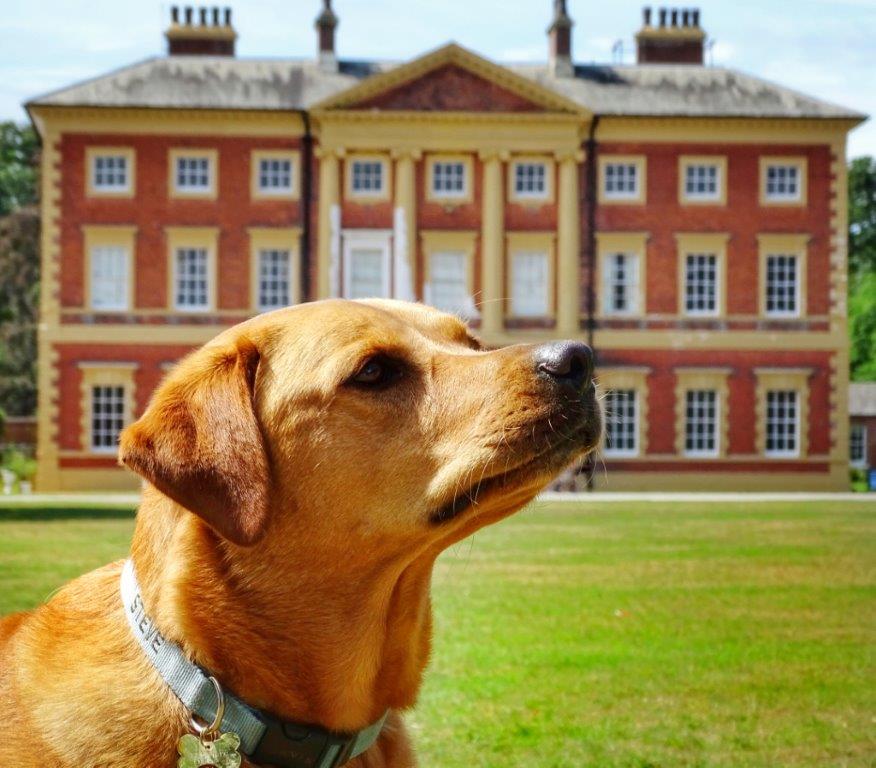 Only one mile from the centre of Lytham, the Georgian Hall is set in 78 acres of wooded parkland with an attractive 18th C Dovecote, a lily pond and fine mature trees. The Hall was constructed between 1752 and 1764 in front of an earlier hall from the seventeenth century, some of which still remains. It has a very interesting history and is linked closely to that of the Clifton family and the house and gardens are well worth a visit – it’s open 364 days per year (closed Boxing Day). There is an on going restoration programme and the Hall is managed by the Heritage Trust for the North West (HTNW) on behalf of the Lytham Town Trust. There’s a busy year round events programme, so keep an eye on their website for details. Do visit the very popular tea room too!

Richard Ansdell was born in Liverpool, the son of Thomas Griffiths Ansdell. He had a natural talent for art from an early age, and after leaving school worked for a portrait painter in Chatham, Kent, and also spent time as a sign painter in the Netherlands. He first exhibited at the Liverpool Academy of Arts in 1835. Richard Ansdell was elected an Associate of the Royal Academy (ARA) in 1861 and a Royal Academician (RA) in 1870. During part of his career he kept a “summer house” in the area, where the area of Ansdell is named after him. He is the only English artist to have been honoured in this way. He died in Surrey in 1885.

There are Ansdell paintings at the Town Hall in St Anne’s that can be viewed by prior arrangement (call 01253 658 443) or on heritage open days. 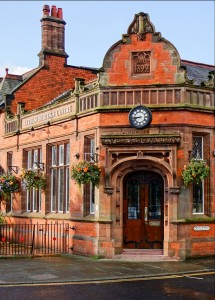 Lytham Heritage Group was established in 1987 to preserve and promote the history of the Ancient Parish of Lytham, which includes St Annes, Kilgrimol, Heyhouses, Fairhaven, Ansdell, Lytham and Saltcotes. The group, with its large and active membership, regularly presents exhibitions and speakers. It also has wide-ranging facilities including the Heritage Centre for exhibitions, the Archive Centre and the Windmill Museum.

Lytham Heritage Group now occupies the Grade II listed building which was originally built in 1899 for the Manchester and County Bank and later used by the Trustees Savings Bank. The interior has been enhanced by careful restoration and converted into an exhibition centre of considerable charm, providing a splendid backdrop of late Victorian architecture to complement the new and modern piazza in the town centre. 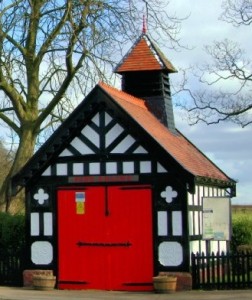 The area is steeped in history and across Fylde, you’ll find many historic buildings and churches that are worth exploring. Below are just a few ideas of places worth further exploration:

The Fire Engine House, Singleton (pictured) built in 1882 housed a horse drawn fire engine and was manned by local volunteers. In the event of a fire the first job was to catch the horse that was grazing in a nearby field. The fire station became redundant in 1946 but is still a focal point for the village. The village of Singleton has plenty of interesting history and more can be found here

Lytham Windmill. In 1805 Richard Cookson sought and obtained a lease from the Squire for a plot of land on which to build a ‘windy milne’. Later in 1860, when the prestigious houses in the area were being built the residents looked upon the windmill as an ‘industrial nuisance’. In 1919, a tremendous gale turned the sales despite the powerful brake and sparks ignited the woodwork, causing the windmill to be ravaged by fire with the interior being entirely gutted. The Windmill remained derelict until 1921, when it was given by the Squire to the Lytham Urban District Council. In 1989, Lytham Windmill was restored by Fylde Borough Council and opened to the public. Lytham Windmill is run in partnership with Fylde Borough Council and Lytham Heritage Group. The Windmill is situated on Lytham Green and is open to the public during the season and entry is free of charge.

The Mexico disaster – On 9th December 1886, the barque ‘Mexico of Hamburg’ with a crew of twelve, was travelling from Liverpool to South America when it was caught in a fierce storm.  Lifeboats from Southport (the Eliza Fernley), Lytham (the Charles Biggs) and St Annes (the Laura Janet), responded to the distress signals. Relatives and friends waited on the shore all night and the news came that the bodies of seamen had been washed ashore. The Lytham lifeboat and crew arrived home at 3:30am, wet through and half drowned after having tied themselves to the rigging. All on board the Mexico were rescued by the Lytham lifeboat. All but two of the Eliza Fernley were lost and the entire crew of the St Annes crew (Laura Janet) perished at sea. Never in the lifeboat service has there been a disaster this great, in which 27 men of the lifeboat service lost their lives in one night, leaving 16 widows and 50 orphans in three towns a fortnight before Christmas. On 23rd May 1888 the Lifeboat Monument was unveiled in St Annes to commemorate the bravery of these crews and it still stands proudly on the promenade as a reminder of their valour.